Chasing the Gold: Period Costumes Aren’t the Only Costumes Worth Awarding 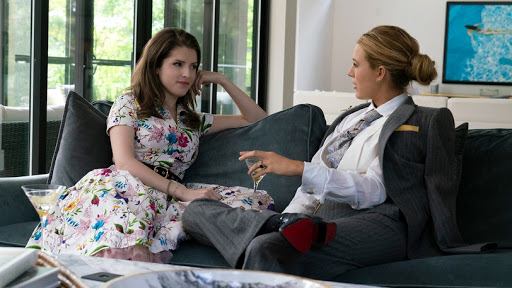 The period piece is the most difficult film to get right. Time marches on and if an audience member catches a Starbucks cup left on a 1930s tenement stoop, the illusion is irrevocably shattered. Filmmakers work tirelessly to get it all right from the facades to the costumes. By the miracle of designers, the costumes made for the throngs of actors in these films all look authentic and unique, something attuned to the style of the character. Yet, while these marvelous masterpieces of masquerade deserve to be lauded, when will contemporary films get their due again?

A character’s clothing can say a great deal about them. It can carry them from innocence to experience in a matter of outfits all with just a small nod to the audience. The costume is an essential part of each character on screen and especially those driving the story forward. Despite the presence of costuming in every film produced, the small handful of those lauded for their work in the Costume Design category of the Academy Awards are overwhelmingly from period pieces, nearly ignoring the achievements of contemporary costuming.

In the early days of the category, the queen herself, Edith Head would be competing in Costume Design with an eye toward the past as well as the present. She won seven of her eight awards for contemporary films like All About Eve and Sabrina. While there have been many to follow her in creating contemporary costumes that have been lavish, devastating, and character driven, these films rarely get recognition for their singular works.

The most egregious example that comes to mind is A Simple Favor. The film is beguiling in its story but bewitching in its costumes. The first time Emily, played by Blake Lively, steps out of her car in an exquisite suit, deadly high heels, and a leather fedora, we want to know everything about her. Throughout the film, Emily is outfitted in elegant suits and dresses. She exudes power, confidence, and sexuality from her outfits.

In contrast, Stephanie, played by Anna Kendrick, is outfitted in innocuous garb meant to show how she wishes to blend in. It isn’t until later, under the influence of Emily, that Stephanie begins to stand out, that she becomes a person who wants to be seen. Stephanie wants Emily’s life and when she achieves some small part of it, she keeps the clothes like a talisman. Her clothing is her shift into a more powerful role.

It may be that contemporary films are ignored whole cloth, pardon the pun, in the modern Academy Awards mostly because the costumes feel adapted. They feel like they could be taken off the rack and altered a bit to make the grade. Yet, the artistry isn’t wholly in the item itself, but how it serves the character who wears it, what the garment tells us about who they are, who they want to be, or what potential they have. A period piece can be lavish and beautiful, but if you’ve seen one woman in a hoop dress, you’ve kind of seen them all.

There is no clear solution to the lack of contemporary representation in the category. Though, when the category began at the 1949 ceremony, it was two separate awards. Then there was the award for Black and White Costume Design and Color Costume Design. It could be feasible to split this category again into Contemporary Costume Design and Period Costume Design in order to facilitate a better mix of nominees. Though, the Academy seems more interested in condensing rather than expanding categories. Look no further than this last year’s Sound category that used to be two awards, one for Editing and one for Mixing. Costuming and plaudits for designers should be a mixture of the old and the new, a blend of delirious fashion and character development, not just a recognition of lavish authenticity.