Chasing the Gold: How Did That Get Nominated for Best Picture? (2015) 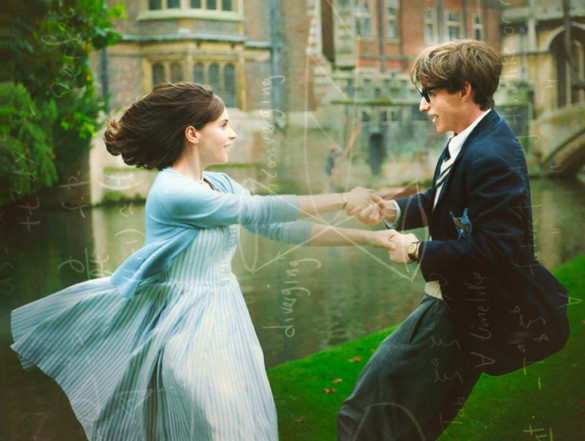 Few surprises occurred at the Academy Awards of 2015. The frontrunner, Birdman, or (The Unexpected Virtue of Ignorance) won Best Picture. The real race that year seemed to be between veteran actor Michael Keaton for Birdman and Eddie Redmayne for his role in Best Picture nominee The Theory of Everything, in which he played Dr. Stephen Hawking. Redmayne won, and, to this day, people are gritting their teeth about it.  There were many ground-breaking films that came out that year, that were made in unique and original ways. For example, Birdman was shot as though in a single shot. Richard Linklater’s Boyhood took twelve years to make, and followed the same actors to show the coming-of-age of a young man. Whiplash not only showed the life of a young music student, but asked the question: what lengths are we willing to go through to achieve perfection? The Grand Budapest Hotel is considered, by many, to be the greatest of all Wes Anderson films. In this year of interesting and creative filmmaking, one wonders how a much more traditional film such as The Theory of Everything made it to the list of Best Picture nominees.

Like the film Bohemian Rhapsody, The Theory of Everything is a mediocre film about one of the most iconic men who ever lived. Dr. Hawking is someone we’ve all heard about, whether through reading his book A Brief History of Time, or hearing him mentioned on The Big Bang Theory, or The Simpsons. His name is thrown around so much, that, like Einstein, we use it to mean “someone who is REALLY smart.” A biopic on Stephen Hawking presents two opportunities: first, to learn about Hawking as a human being. As someone who lived, breathed, fell in love, and made jokes. It also allows the audience to understand some of his ideas by breaking them down for the rest of us mortals to understand. The most important question is, as always,  did this story merit a Best Picture nomination?

The most successful aspect of the film was showing the complex relationship between Stephen Hawking and his wife, Jane. When I did further research after watching the film, I learned that the screenplay was based on Travelling to Infinity: My Life with Stephen, by Jane Hawking.  The main reason why this aspect was successful was the performance given by Felicity Jones, who played Jane. Jane is overwhelmed when meeting Hawking, as well as the rest of his outspoken, highly educated family. She is a demure young woman when we meet her. She appears to have simple wants, to dance with her boyfriend and walk through gardens. She is like the audience, not sure how to handle a “normal” conversation with such a brilliant man. As Hawking develops ALS, and his body begins to lose control, Jane acquires an immense amount of strength.Jones has to do a great deal of heavy lifting, both literally and figuratively.  We see her care for her husband, whose movement becomes more and more limited, until he is confined to a wheelchair. The scene that broke my heart was when she tries to teach him to use the clear letter board. You see the pain, the pleading, the desperation on Janes’s face, begging her husband to give the new communication device a try. Redmayne was equally effective in this scene. On an extremely personal note, I have a non-verbal 6 year old daughter with Down Syndrome.I have used modern communication devices with her, and know the frustration one feels when you see a person you love more than anything struggle to communicate. I also felt the heartbreak that Jane felt when she sees Hawking joking around with his new female caregiver, who he falls in love with, and how easily he seems to communicate with her. While these scenes were extremely moving, much more than I had anticipated, this can be credited to the terrific performance of Felicity Jones, rather than the film itself.

One weakness in the film is that it needs to go further into Hawking developing his theories. While the marriage and relationship of the Hawkings is interesting, it doesn’t make the film stand out from other films that seem to feature the devoted wife of a brilliant and suffering man (A Beautiful Mind for example). I understand that the film isn’t supposed to be a documentary on the ideas of Stephen Hawking, but I was hoping to learn the basics of what his theories were and how they changed the world.  We see him being lauded for his accomplishments, but I don’t think they went far enough explaining WHY Hawking was such a visionary. The film made a classic mistake in storytelling: it TOLD us that he was important, rather than showing us why he was so significant to modern science. We are only told what his ideas were and how he developed his ideas. By the end of the film, After watching, I neither felt that  I had a better idea of who Stephen Hawking was as a regular person nor as one of the greatest minds of all time. And it is because of this that The Theory of Everything is an average biopic, rather than a film worthy of a Best Picture nomination. 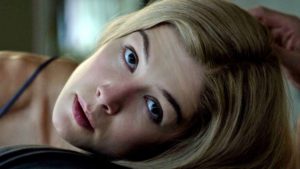 The film that deserves to be nominated in place of The Theory of Everything is the David Fincher film Gone Girl. Nick and Amy Dunne (played to perfection by Ben Affleck and Rosamund Pike, who earned a Best Actress nomination for her performance) portray marriage in a chillingly frightening way. Based on the best-selling novel by Gillian Flynn, this is a story of marriage, heartbreak, and makes us question “how well do we ever really know anyone?” It’s a mystery that shifts perspectives, removes layers, and one of the few films where, if you haven’t read the book, you really do not see what is coming next. I was fortunate enough to see this film without knowing any of the story beforehand. Unlike The Theory of Everything, Gone Girl is not simply a well told story. It is told in an interesting and thought provoking way.

The first image in the movie is the top of Pike’s head. We see her gorgeous blond hair, and see her perfect face slowly turn to the camera. We hear her husband talk about wanting to smash in her skull, in a soft and almost romantic tone. The film grips you from the beginning, and takes you on an extremely wild ride. The emotions the audience feels for Nick and Amy are constantly changing as the narrative progresses. Throughout the film, we learn more about each character, secrets they have, sins they have committed in the past. Watching the film, my allegiance to each character kept changing. You feel badly for Nick, then, five scenes later think he is a villain. And this happens several times throughout the film, with both characters. Even after the film is over, my mind was still attempting to figure out each piece of this very complicated puzzle that Fincher created for his audience.

As I stated previously, the majority of the films nominated for Best Picture in 2015 were very unique and told in innovative ways. Gone Girl, which plays with narrative, uses an intricate plot-structure, and has that wonderful David Fincher edge some of us have grown to love, would be the perfect addition to that field.. It’s almost comical that such a bland, traditional, but decently told biopic received a Best Picture nomination over the far more worthy Gone Girl.