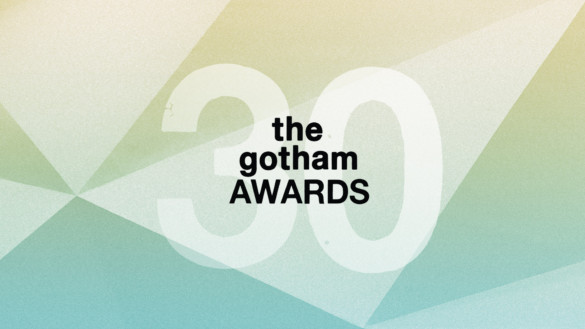 The 30th Annual Gotham Independent Film Awards took place this past Monday, having been pushed back from its originally planned Nov. 20 date due to the COVID-19 pandemic.

It was a Gotham Awards like no other due to the outbreak that has caused so many awards shows to already be presented in a different manner, however, the quality of films in contention was as high as it’s ever been.

Tributes were paid to Chadwick Boseman who received a posthumous Gotham tribute award. His widow Simone Ledward Boseman accepted the award virtually, giving an emotional and heartfelt speech. No matter who wins or loses during this current awards season, the most important thing about this year will be celebrating the extraordinary life and career of Boseman.

The night’s biggest prize – Best Feature – was awarded to Chloe Zhao’s Oscar frontrunner Nomadland, which also picked up the Audience Award. Zhao is no stranger to the Gotham Awards’ biggest honor, having won Best Feature back in 2018 for The Rider, proving she’s a real favorite among voters and would likely win a director award had there been one.

Perhaps the most surprising wins of the night came in the two Best Actor and Best Actress categories. Nicole Beharie picked up the Best Actress prize for her performance in Miss Juneteenth, beating out every favorite Frances McDormand in the night’s biggest upset. Sound of Metal star Riz Ahmed won the top actor prize in a category alongside the late great Chadwick Boseman, who is the presumed Oscar frontrunner. What this could mean for the upcoming Academy Awards will be discussed in just a moment.

Despite there being no top director award, there is the Breakthrough Director Award which aims to boost newcomers into the public eye, with Andrew Patterson winning this year’s category for The Vast of Night. Previous winners of this award include Ryan Coogler for Fruitvale Station and Jordan Peele for Get Out, both of whom have had stellar starts to their directing careers with Best Picture-nominated feature films.

Other notable award recipients include the tremendous Kingsley Ben-Adir who won the Breakthrough Actor award for his wonderful performance in One Night in Miami, while Best Screenplay saw a tie between Dan Sallitt for Fourteen and Radha Blank for The Forty-Year-Old Version.

Other Gotham tribute recipients included Viola Davis, Viola Davis, and Steve McQueen, while the cast of The Trial of the Chicago 7 received the ensemble tribute award, following in the footsteps of last year’s major Netflix player Marriage Story.

While it’s important to remember that the lack of any voter overlap means the Gotham Awards aren’t much of an Oscar predictor, there’s evidence that the night’s top Best Feature prize is a stellar launching pad for many hopefuls. Prior to Nomadland, five of the last six Best Feature winners found themselves in the running for Best Picture, with three of them – Birdman, Spotlight, and Moonlight – carrying the momentum all the way to a win.

In fact, the last film to win Best Feature but gain no Oscar traction was Chloe Zhao’s last film The Rider, however, Nomadland is a substantially bigger player in the awards run this year, and it will be no surprise if it joins the company of Best Feature winners that go on to win big at the Oscars.

The acting categories have had more mixed success when it comes to Oscar credentials, with only three of the last six Best Actor winners picking up Oscar nominations. However Riz Ahmed is already considered a major contender, and winning such a stacked and competitive category at the Gotham’s can only help his momentum.

The Best Actress category has the same overlap as Actor (3 of the last 6 winners nominated), but Beharie’s upset win can only help bring her in the spotlight. Presuming four of the five Best Actress slots feel semi-locked (McDormand, Viola Davis, Carey Mulligan, and Vanessa Kirby), Beharie has a slim but possible chance at an Oscar nomination.

Voting has begun with many of the awards bodies, with the upcoming month of February an important one, with SAG and Golden Globe nominations expected as well as the BAFTA shortlist.

Below is the full list of winners from this year’s Gotham Awards. Share your thoughts below on the night’s award winners and what you think of their Oscar chances!