Movie Review: Nothing epic about Epic 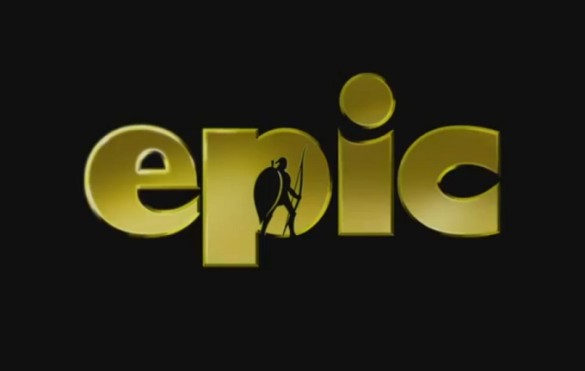 Synopsis: A teenager finds herself transported to a deep forest setting where a battle between the forces of good and the forces of evil is taking place. She bands together with a rag-tag group characters in order to save their world – and ours.

DIRECTION
For a film called Epic, there’s nothing really epic about it. Chris Wedge, who also directed Ice Age and Robots, makes a decent film here, one that will definitely please all the kids who go and see it. But there’s lots of missed opportunities with a script that could’ve been tightened (and a bit more epic) and an incredible voice cast that just isn’t very memorable. The animation of the film is beautiful and some of the action sequences are nice (and probably would’ve been even better in 3D), but there are just too many areas that just aren’t up to snuff and keep the film from reaching today’s animation standards of Up, How to Train Your Dragon, etc.

SCRIPT
Did it really take five people to write the screenplay for Epic? Really? It’s Avatar meets Ferngully, with little people (led by General Ronin, voiced by Colin Farrell) protecting the forest from other little characters (led by Mandrake, voiced by Christoph Waltz) who are trying to destroy it. And then you have a queen who dies and needs a successor and needs someone to protect a magic bulb that will help keep the forest alive. And there’s a human girl (MK, voiced by Amanda Seyfried) who gets shrunken down to help the little forest people. Yeah, it’s all been down before. There’s some good stuff here with some of the characters and some of the comedy, but a lot of missed opportunities – particularly with MK and her father (voiced by Jason Sudeikis) and their strained relationship. Overall, there’s a decent premise and some good ideas but it just isn’t executed very well.

PERFORMANCES
Epic has a great voice cast with Seyfried, Sudeikis, Waltz, Farrell, Josh Hutcherson, Beyonce Knowles and so on and so on. And while all of them are fine, there is no standouts with the exception of Aziz Ansari as one of the slugs, providing a lot of the comedy. Him and Chris O’Dowd, who plays the other slug, have great chemistry together, as do Seyfried and Hutcherson’s character. The Leafmen, led by Farrell’s character, have a very Irish vibe to them, which I found strange and interesting. And Sudeikis does some pretty decent work as the weird and quirky father. Overall, the voice cast wasn’t bad but also wasn’t very memorable.

SCORE
Danny Elfman is a pretty solid composer, having done the Spider-Man series and most of Tim Burton’s films. But here, with Epic, he goes through the motions and phones it in. Whether it’s an action sequence, his score is very simple and generic and really doesn’t add anything to the film.