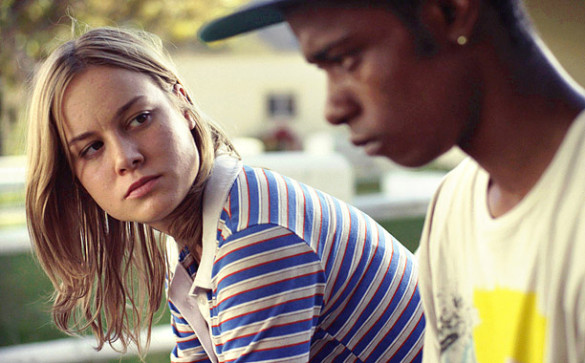 Going into this film knowing nothing about it aside from the praise that it has garnered this year, I had no expectations aside from a story about a foster home with the female lead being played by Brie Larson. Granted, that’s interesting enough to get me into the seat, but as the credits appeared and ‘Destin Cretton’ rolled past as both the writer and director, I had to believe that this one came from the heart. Later I found out that this was Cretton’s second feature-length film and it was based on a short with a title of the same name that he released a half-decade ago in 2008. The intense realism dealing with what the result of childhood neglect produces was enough to make me uncomfortable, stressed out, but at the same time evoked the thoughts of why cinema is so fascinating and transcending. I recently quoted Kent Jones from a Criterion booklet in which he says that cinema is a response to the world and that movies and film are a distraction from it. Well, I’d say what Cretton has done here qualifies as cinema. The world we live in is ever-changing and full of misconceptions and miscommunication. The issues at hand in the film are not only dealing with neglected children but other major issues as well. At times I was afraid Cretton would try to solve these big issues or come down one way or the other on them, but what makes this a special piece of cinema is that it is a response to all of those things. The viewer is asked to make conclusions but not after being challenged to think about them through devastatingly tough situations and characters. The direction here was key, and the success of the film is what makes me pencil in Destin Cretton as someone to watch in the future.

Cretton’s script is bold, straightforward at times, but filled with many movie moments which rank among this year’s best for me. One particularly disturbing scene involving Brie Larson is so masterfully executed that I have to believe it comes from Cretton’s own life or those close to him. That’s how believable most of the film was for me. Anyone who has dealt with neglected children or adults who come from homes where they weren’t given the love they deserved will identify with at least one of these situations, if not all of them. The dialogue and lines never felt unrealistic to me and Cretton seemed to know his characters well, perhaps since having so much time to deal with them from the previous incarnation of this story, or maybe Cretton’s real life aids him here. I’ll be interested to hear the story behind the story.

Brie Larson finally has a breakthrough performance. I’ve been waiting for her to get a role where she could shine, and this was the one. Larson is consistent, precise, and flexible in a myriad of ways. Dealing with intimate relationships with both adults and children, Larson fills a role that plays much differently on the surface than in the layers peeled back as the film progresses. John Gallagher Jr. is absolutely outstanding as her co-worker, and there is a host of supporting cast members who deserve a lot of credit. It felt like this was a team of actors instead of individuals. It truly seemed as if these people were all working together to tell a story that meant a lot to them. Special recognition should go out to Kaitlyn Dever and Keith Stanfield who play two of the older children in the facility and who have crucial roles in the film’s success. For this film to work, everyone had to be perfect. It’s not a home-run story if you can’t relate to it, and I believe that even if you are lucky enough not to know what these situations are like, these actors will get you as close to them as you’ve ever felt.

In keeping with the theme of what seems to be a strong team effort, Joel P. West provides the music in the film. He has worked previously with Cretton on an unreleased film called I Am Not A Hipster, and he provides a clear, full, pleasurable accompaniment to what we see on screen.

There’s no way words could describe how much this film meant to me on a personal level, but as a piece of work it deserves much more attention than it has gotten thus far. It’s finally crossing the $1 million mark this weekend, but that’s a crying shame. This would work with mainstream audiences. Word of mouth has been positive and there is hardly any negative press about it, but for whatever reason it isn’t getting the attention it deserves. Go out and see this, and if your local theater isn’t playing it, ask them why not. This is not a film that deserves to be overlooked.