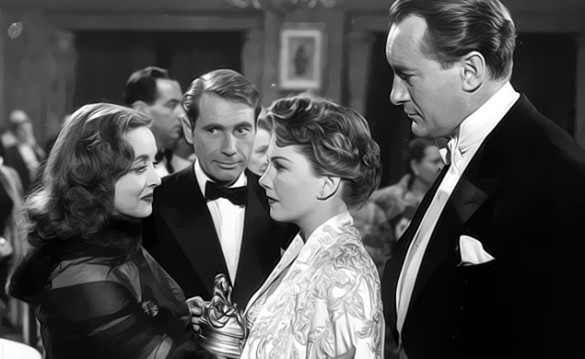 I’m starting something new this month where I’ll be previewing the upcoming releases by Criterion. It is always a treat to await the listings for the new releases to their collection. They always diversify the selections, even reissuing older editions, and some of them go to the Criterion Channel where people can view it there easily. The movies may change, but the excitement for every new film remains the same. So with that, he’s a rundown of what Criterion has in store for November.

Greg Mottola’s debut is a fun joy ride about a family who goes over to confront the father of an apparent affair with another woman. With the likes of Stanley Tucci, Hope Davis, Parker Posey, and Liev Schrieber, the trip becomes a one-day confessional from everyone that defines the family unity regardless of their dysfunctional state. Steven Soderbergh, who co-produced it, joins Mottola and gives commentary to the film, plus a showing of Mottola’s short film, The Hatbox.

This had Criterion written all over it. One of the best films of 2018, Pawel Pawlikowski’s romance across two decades between communist Poland and France is an emotional ride where a singer and a musician seek love that is interrupted by state politics and conflicting careers. Gorgeous cinematography and the ravishing pace where it does not linger on, going from to scene as time flies by, Pawiklowski would’ve won his second Oscar if it weren’t Alfonso Cuaron and Roma. Yet, it is a must-have when it is out November 19.

Jean-Jacques Beineix’s three-hour love story (it was released as two-hours, but Beineix got his director’s cut made) follows the crazy romance between an aspiring writer and his quick-tempered girlfriend, whose violent acts escalate as time goes on. Yet, they remain together for what is a hot, steamy affair in the pursuit of total freedom. An Oscar nominee for Best International Film, the release features an hour-long documentary on the making of the film that dives deep into the movie’s push for the carnal desires the lovers seek.

Bette Davis plays a young woman who remains living under the iron grip of her mother who feels unhappy and unloved. When she’s given the confidence to go out on her own for once, she takes a cruise and begins a romance with a man (Paul Henreid) stuck in a loveless marriage. It’s a wonderful melodrama that added to the legacy of Davis as the best actress of her day – and this before she was in the next movie below – and the release features historical commentary on the movie’s making and Oscar-winning score, plus a clip of Davis being interviewed by Dick Cavett.

Joseph L. Mankiewicz’s masterpiece on the backstabbing behind the scenes between two actresses (Bette Davis and Anne Baxter) should’ve gotten the treatment years ago. But now, admirers can get it and then some more with plenty of special features about the making of and legacy of the picture, plus about the career of Joseph L. Mankiewicz, one of the most successful filmmakers Hollywood has ever produced. With its sharp scenes on the rivalry that goes down, there won’t be a bumpy ride watching everything from this release.

Stay tuned for more Criterion updates, viewings, and wishes for the rest of the year and beyond!