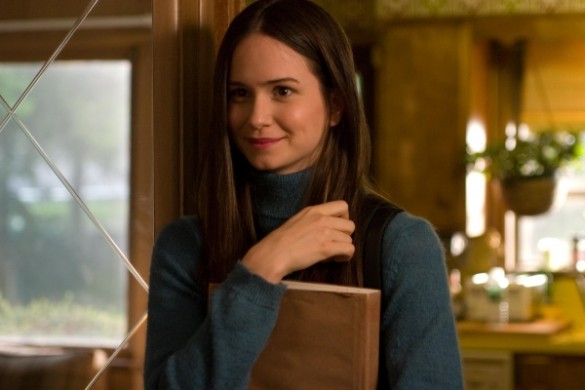 Paul Thomas Anderson has found his leading lady – and it’s surprisingly not an Oscar-nominated actress.

According to Deadline, relative newcomer Katherine Waterston has been cast as the female lead in PTA’s Inherent Vice. Waterston, daughter of Law & Order‘s Sam Waterston, will play Shasta, a hippie ex-girlfriend of Joaquin Phoenix’s detective Doc.

Waterston, who has had small parts in Michael Clayton and Robot & Frank, is an interesting choice considering all the A-list talent that has already been assembled including Phoenix, Josh Brolin, Reese Witherspoon, Benicio Del Toro, Sean Penn, Jena Malone and Martin Short. She’s going to have to bring her A-game so she’s not upstaged by any of the “supporting” actors.