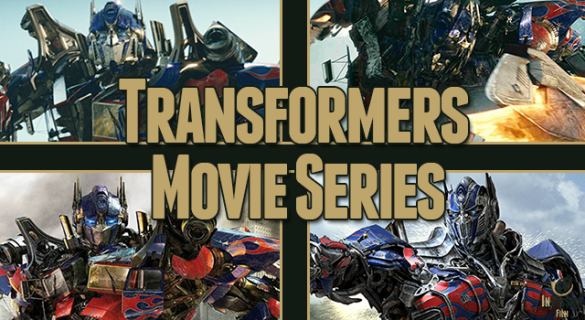 Michael Bay has become a punchline to many people over the years, but given the fact that his movies make bonkers money, there’s still a lot of others that still enjoy his work. Transformers in particular has been a franchise that’s made over $2.5 billion, but has received a lot of negative feedback from both critics and cinephiles. Either way, as we all prepare for Transformers: Age of Extinction coming soon, we decided to look back at his three predecessor’s in our next Movie Series. On Episode 69, we’ll take a look at the first Transformers in 2007, then discuss Revenge of the Fallen on Episode 70 and finish off the series with our review of Dark of the Moon on Episode 71. We hope you join us in our series and whether you love it or hate it, we’d love to hear your feedback! What do you think of the Transformers franchise?

Review
Transformers brought us some amazing action sequences featuring some of our favorite robot characters, however it lacks compelling human characters and is dragged along at times by terrible comedic timing. All in all, not a terrible start to the franchise. Click here to read the full review.

Listen to our review of Transformers below.

Transformers: Revenge of the Fallen, 2009

Review
Transformers: Revenge of the Fallen gave us some amazing action but the 2007 Writer’s Strike really hurt the film in terms of it’s production, which really shows in it’s script and re-hashed shots. Click here to read the full review.

Listen to our review of Transformers: Revenge of the Fallen below.

Review
Transformers: Dark of the Moon is better step up in the trilogy, which gave us arguably the best action of the series, but once again, didn’t know what to do with it’s human characters. Click here to read the full review.

Listen to our review of Transformers: Dark of the Moon below.

See a recap below!