Movie Review: Only God Forgives is dark and lacking 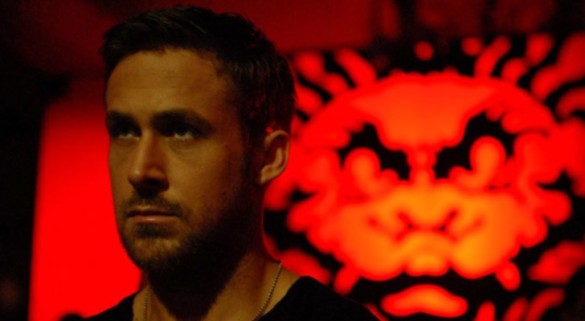 Synopsis: Julian, a drug-smuggler thriving in Bangkok’s criminal underworld, sees his life get even more complicated when his mother compels him to find and kill whoever is responsible for his brother’s recent death.

DIRECTION
In terms of style, Only God Forgives is pretty great. It’s very similar to Nicolas Winding Refn’s 2011 movie, Drive, which also stars Ryan Gosling and you can tell the similarities right off the bat. It’s slow paced with very little going on throughout the film and we get very little dialogue, especially from Gosling which is also similar to Drive. The aesthetic of the criminal underground in Thailand is great and we feel and know the environment we are in. The beautiful and vibrant colors stand out in this film and Refn uses that light really intentionally in almost every scene. The problem here is the script and the how hard it is to make anything story related likable. If you liked Drive, you may like this film, given the criminal nature and the snail-paced movements Refn uses here, but overall the substance is too lacking in this movie which makes it not quite as fun. But the aesthetic is really great and the fight scene is awesome, although the ending leaves you empty, like most of this movie.

SCRIPT
Let’s make this simple, since in nature, that’s what this movie is. There are no likable characters in this movie. Every character is awful, doing awful things and most likely thinking awful thoughts. Even Gosling’s character, Julian, who at times is conflicted between right and wrong, does things that make you keep an arm’s length in distance away, at least. The story is about revenge, revenge, and more revenge and how that cycle never ceases nor is it satisfying. Once Julian’s brother is killed (no spoiler there, see synopsis) for raping and murdering a 16-year-old girl, his mom flies in to guilt him into finding his brother’s killer. What a story, right? If that’s not low-browsing enough, it gets better. Every character is out to kill one another in some pretty violent ways and Julian’s mom is out to kill any sort of spirit he has left. What is interesting though is the fact that Julian is conflicted between his love for his brother and the painful decision he made and the respect for his mom even though he treats him like total s***. In middle of all this is an ex-cop, who is now called the Angel of Vengeance, who is seeking “justice” on all these criminals in a pretty violent way. He’s arguably the main character and is a main focus of the story and while is motives are “right”, his actions are nothing but. Overall, it’s a movie that is stunning visually but the story makes you look at your watch a few times throughout.

PERFORMANCES
For what Refn and gang are trying to do here, the performances aren’t terrible. Given the slow-natured style with a simple story that is bring forth a visual element, the actors aren’t given or expected to do much. Gosling more or less gives the exact same performance from Drive as this “bad-ass” character who doesn’t have much dialogue. Although his character here has more flaws and isn’t as fun, his performance drives (get it) home the point. Kristin Scott Thomas is amazing as Julian’s mom and is the leader of this drug ring in Thailand. She is so despicable and everything she does makes you root more and more for her to get the sword by the end of the film. She’s the worst person in movie history with a lack of love and understanding and is painful to watch every time she’s on screen. So yeah, Thomas pull it off to say the least. Everyone else has little dialogue and while they do a fine job, they are replaceable.

SCORE
Finally, something worth talking about. Cliff Martinez’s score is incredible. A lot of digital sounds that are extremely appropriate given the criminal underground and bright-colored hypnotic aesthetic we are in. It’s a lot of fun and enhances this movie to a whole different level than it would of been without it. The fight scene music is really great and makes for that scene to really stand out among the rest. His low energy music in the intense moments make it really thrilling while making it fun at the same time. Hats off to easily the best part of the film.