Movie Review: ‘Echo in the Canyon’ is interesting but offers little insight 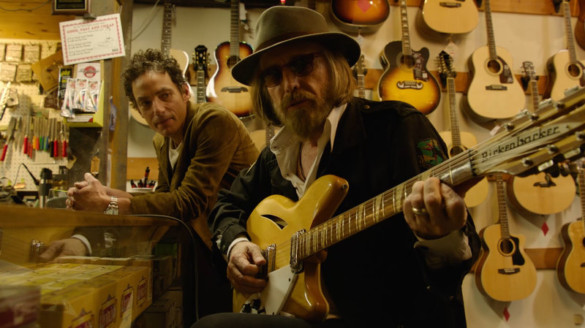 Synopsis: A look at the roots of the historic music scene in L.A.’s Laurel Canyon featuring the music of iconic music groups such as The Byrds, The Beach Boys, Buffalo Springfield, and The Mamas and the Papas.

Late in Echo in the Canyon, the Laurel Canyon scene is compared to the golden era of Paris by Graham Nash of Crosby, Stills and Nash fame. It’s an interesting comparison as it really helps clarify how prolific the counterculture music scene of the late 1960s was. From The Byrds to The Beach Boys to Buffalo Springfield, Laurel Canyon was the center of something beautifully indefinable. The neighborhood is a spot of quiet beauty in chaos of LA. Different books, films, and music have been mythologizing the spot forever. It would be impossible to chronicle the never ending parties of The Monkees’ Peter Tork or the tales of the iconic Laurel Canyon Country Store. Lucky for us, Echo in the Canyon barely even tries.

No, Echo in the Canyon is a primarily a Jakob Dylan puff piece. You read that correct. Son of Bob Dylan, and writer of “One Headlight”, Jakob Dylan is one of the least interesting musicians of the 90s. This film follows Dylan as he interviews different classic artists, works on a compilation album of covers ranging from The Mommas and The Papas to The Monkeys, and tries to put on a tribute concert with guests like Beck and Fiona Apple. Oddly enough, the film has more interest in Jakob’s process as he covers“I Just Wasn’t Made For These Times” without any of the texture of the original than what makes Laurel Canyon so fascinating. Brian Wilson drops by the studio at a point and tells him he’s playing the song in the wrong key. Seems fitting.

Echo in the Canyon lacks a thesis – there’s no real way to distill the explosion of talent that was the Canyon – but that’s not the problem. This film could have been delightful if it was just David Crosby recounting details and stories of the past, or Stephen Stills mulling over the time he ran from the cops while leaving behind his bandmates. If we had gotten more of what makes the opening interview with Tom Petty delightful, this film could have been a truly wonderful documentary. It’s already fittingly laid back in tone and style, but director Andrew Slater is interested in all of the wrong things.

Aside from Jakob hogging the spotlight, it’s absurd how little insight Echo in the Canyon has. Discussing the period from 1964 until 1967, and leaving artists like Joni Mitchell, Carol King and Neil Young mostly undiscussed, there’s a serious drought of information. Leaving infamous artists like The Doors, or critically revered ones like Love out of the mix seems disingenuous at best. Instead of giving us an exploration, we get a brief rundown akin to a mediocre elementary school report. Additionally, Slater cuts away from fascinating interviewees to give us more numbingly vain footage of Beck, Regina Specktor, and other modern artists discussing the Canyon. I love Beck as much as the next guy, but hearing him stammer about Pet Sounds is one of the low points of the film. Towards the end of Echo in the Canyon, the Jacques Demy film Model Shop is mentioned as the real reason they made Echo in the Canyon. Slater cuts in a pivotal scene from the Demy film as Echo starts to resolve, but it doesn’t add much aside from a brief moment of hero worship. You’re better off just watching Model Shop and listening to The Byrds than checking Echo in the Canyon out.