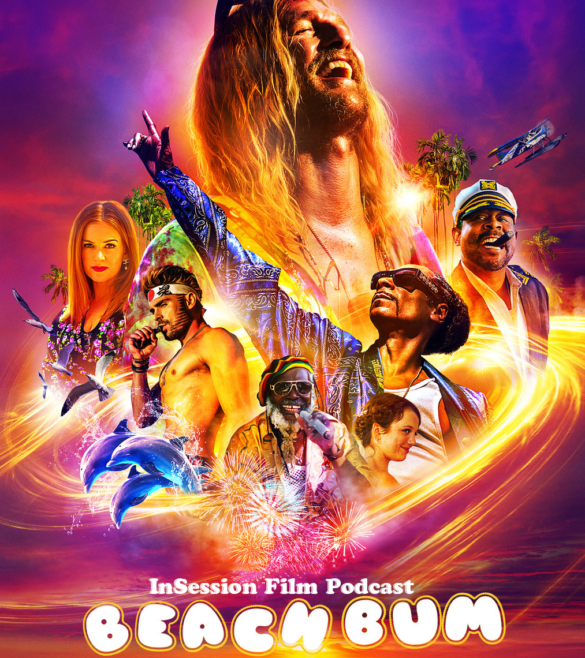 This week on the InSession Film Podcast: Extra Film segment, Ryan and Jay discuss a pair of provocative films that have garnered very polarizing responses.

First, the guys discuss the latest film from Harmony Korine, The Beach Bum. The film stars Matthew McConaughey as, well, a beach bum. McCounaghey plays Moondog, a hard-partying poet with a pension for weed and PBR. The zany comedy is surprisingly straightforward on the surface but Jay and Ryan break down the darker underbelly of the film throughout their conversation.

Then, the talk shifts to S. Craig Zahler’s Dragged Across Concrete, a film drowning in controversial decisions. Mel Gibson and Vince Vaughn star as problematic cops. Is it controversy for controversy’s sake, or is it a worthwhile exploration of the state of America? Ryan and Jay have differences of opinion, which makes for a great segment.