Movie News: Miss You We Will; Stuart Freeborn dead at 98 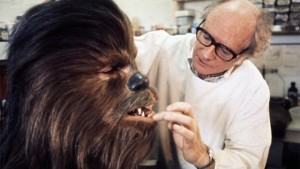 Stuart Freeborn, the man behind the look and visual character of  Yoda and Chewy, has passed at 98. Freeborn was the makeup supervisor for the original Star Wars trilogy  Freeborn already had an established career in the film industry before Star Wars with credits in 2001: A Space Odyssey and The Omen (1976); however, he will be remembered most for his contributions to the Star Wars saga. Freeborn may be gone, but his mark in the world of film will not soon be forgotten. Miss you we will.