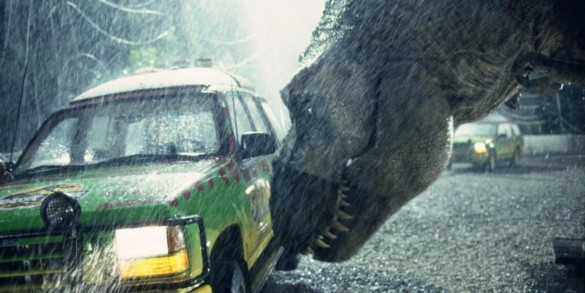 This week on Episode 33 of the InSession Film Podcast, inspired by The Lion King 2019 remake, we thought it would be appropriate to talk about our favorite utilizations of visual effects in film. This is one of the broadest topics we’ve perhaps ever done for this segment. Visual effects are a foundational staple for film and have been implemented since the inception of film. From The Trip to the Moon to Avengers: Endgame, there are literally thousands of scenes that could be eligble for our lists, which made our criteria all the more vital. It was quite challenging but we had a lot of fun with it. That said, what would be your Top 3?

Honorable Mentions (Combined)
Many other scenes from these films – The Lord of the Rings, The Two Towers, Return of the King, Close Encounters of the Third King, The Invisible Man, The Trip to the Moon, King Kong (1933), King Kong (2005), Back to the Future, Godzilla (1954), Godzilla (2014), Godzilla (2019), 2001: A Space Odyssey, Star Wars, Alien, Brazil, The Dark Knight, Avengers, T2: Terminator, Titanic, The Wizard of Oz, Twister, The Ten Commandments, Jason and the Argonauts,American Werewolf, Interstellar, Benjamin Button, Children of Men, Life of Pi, Ex Machina, Tron Legacy, Pacific Rim, Avatar, Inception, Blade Runner, Blade Runner 2049, The Matrix, The Tree of Life, Dawn of the Planet of the Apes, War for the Planet of the Apes, Mad Max: Fury Road, The Walk, Mission: Impossible

Hopefully you guys enjoyed our lists and if you agree or disagree with us, let us know in the comment section below. As mentioned above, this topic is endless and your list could look very, very different than what ours came to be. That being said, what would be your Top 3? Leave a comment in the comment section or email us at insessionfilm@gmail.com.
For the entire podcast, click here or listen below.