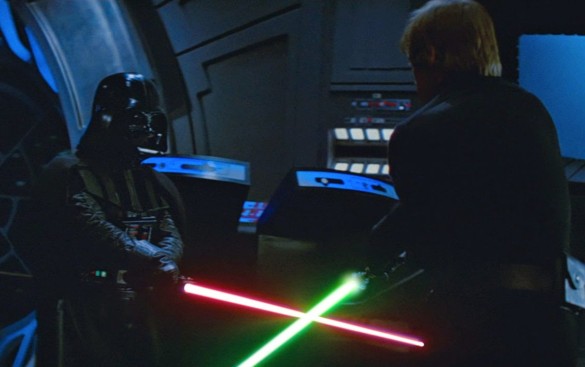 This week on Episode 314 of the InSession Film Podcast, inspired by How to Train Your Dragon: The Hidden World, we thought it would be interesting to talk about the best scenes/moments from trilogy closer films. This was one of the more challenging and complicated Top 3 lists we’ve perhaps ever done on the show. For one, there is a gray area as to what defines a “trilogy” these days, as many franchises have surpassed the 3-film mark, which in theory could undermine the third film as being a “closer.” However, depending on how you look at it, having more than three films isn’t necessarily undermining the first three acting as a trilogy. That is to say, we had some lengthy criteria this week to help decipher how this topic operated within our lists. Once that was done, because there are so many great trilogies out there, the amount of scenes to choose from was endless, making this exercise all the more difficult. But it was really fun too! That said, here are our lists:

JD
1) Luke Saves His Father – Star Wars: Return of the Jedi
2) Apes Together Strong – War for the Planet of the Apes
3) “You bow to no one” – The Lord of the Rings: The Return of the King

Brendan
1) Grave / Final Showdown – The Good, The Bad and The Ugly
2) Apes Together Strong – War for the Planet of the Apes
3) Opening – Three Colours: Red

Hopefully you guys enjoyed our lists and if you agree or disagree with us, let us know in the comment section below. As mentioned above, there is a lot of criteria that goes into this list and many, many scenes to consider, so there’s a good chance your list is different than ours. That being said, what would be your Top 3? Leave a comment in the comment section or email us at insessionfilm@gmail.com.