Featured: The Singular Boldness of One Mae West 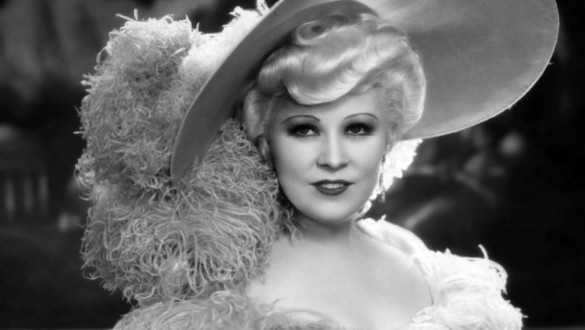 “You only live once, but if you do it right, once is enough.” So said Mae West, and so lived Mae West. Though her Hollywood reign ended decades ago, echoes of her life are still rippling through the universe. You’d likely recognize her swagger even if you did not recognize her face.

West is most well-known today for her string of Hollywood movies which saved Paramount from bankruptcy in the 1930s while simultaneously outraging those who claimed to want to preserve the moral fortitude of the United States of America. She typically played “women who accepted their lives of dubious virtue with flippant good humour” (Encyclopædia Britannica) which did not always sit well with the men who ruled the country – and the airwaves. But before she outraged America, she outraged New York City.

In 1926, West wrote, produced, directed, and starred in a Broadway play. The play featured prostitution, bribery, murder, rape, and drunkenness, to name just a few plot points. The protagonist, played by West, was described in a Variety review as “the Babe Ruth of stage prosties” (Rich). The title of the play? Simply, Sex.

The politics of the Roaring 20s quickly turned Sex into a cultural phenomenon. After ten months on Broadway with mixed reviews but huge box office success, the theater was raided and the actors were hauled to jail. The charges: “unlawfully preparing, advertising, giving, presenting, and participating in an obscene, immoral and impure drama, play, exhibition, show and entertainment” (Carlson). West bailed the actors out of jail and had the opportunity to avoid all charges if she shut the show down, but she knew how to play the game and opted to face her judgement in court instead.

In true Mae West fashion, she arrived at the courthouse in a limo wearing garlands of roses. She then accepted her ten-day prison sentence with stone cold swagger: she applied rouge to her lips as she stood before sauntering out of the courthouse, cool-y telling reporters, “Give my regards to Broadway” like the badass babe she was. (Carlson). She then served eight days in jail, eating dinner with the warden and his wife and ultimately getting two days off for good behavior.

Near the end of her life, Mae West asked a reporter if he knew that she once spent time in jail. He responded that he did, and added that she was not an “ordinary prisoner.” She responded, “I was never an ordinary anything,” (Carlson) and no truer words have ever been spoken. If West was bothered at all by her stint in jail, she hid it well behind her wicked wit. She said that the other inmates provided her with material for more shows and admitted that she “enjoyed the courtroom as just another stage” (Carlson). Truly, for Mae West, all the world was a stage, and she had a captive audience waiting for more. From this tabloid scandal, a sex icon and American superstar was created. 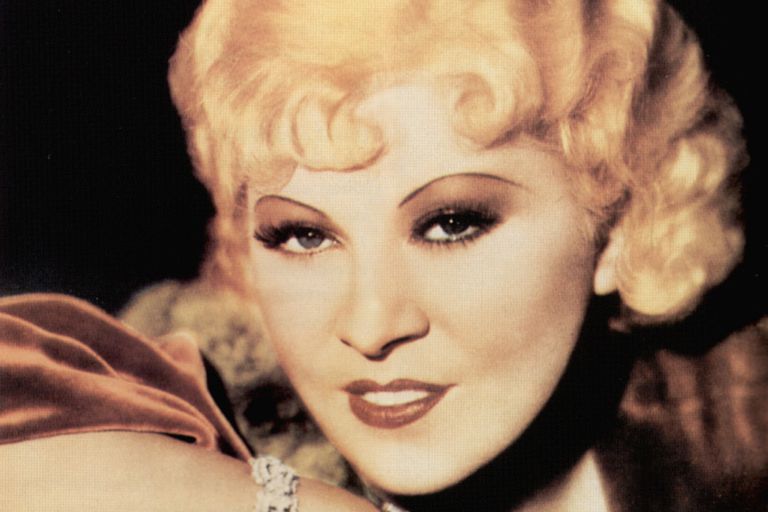 West continued to write and star in Broadway plays in the years following the Sex publicity. All featured her trademark humor, and several added additional controversy by featuring homosexuals and drag queens. However, not content with her Broadway career, West moved to Hollywood in 1932 and signed a deal with Paramount when she was nearly 40 years old. This was no small feat in 1930s Hollywood, which considered 30 to be a woman’s “advanced years” (biography.com). Regardless, West signed the deal with Paramount in 1933 and, by 1935, she was the second highest paid person in the United States. The only person in the country receiving a higher paycheck was none other than William Randolph Hurst (Burns). The censors, however, were not fond of her overt sexuality and famous innuendos. She soon became a target of the Motion Picture Production Code (biography.com).

West’s publicist, Emily Wortis Ledier, once said of West, “She loved big cities, form-fitting clothes, lipstick, jazz, sex in taxis, intrigue, gun-toting bootleggers, boxers lathered in sweat, and cops who read her the riot act” (Carlson). But there was more to Mae West than a wild and sexual spirit. Underneath the humor and the scandal and intrigue, West was fighting against ignorance.

West maintained her sultry, bawdy humor throughout her career and fought against the censors every chance she could, believing that the plays and movies that she wrote and the characters that she played served the direct purpose of educating a nation. In 1929, West wrote, “Because of narrow-minded censors and silly taboos the people are unable to learn truths they are starving for…They know nothing about sex at all, for the subject is hidden from children, kept out of our of books and schools and education” (Louvish, xiv). She went on to say: “I realized the problem and I devoted my career in the theater to the education of the masses. I shall boldly continue to do so, in spite of criticism, insults, and narrow-minded bigots” (xv).

Mae West was a sex icon and a comedian, but these statuses were mere byproducts of her bold, uninhibited desire to be herself in a world that tried to tell her that she was unacceptable and should hide what she had to say. She was an inspiration within her lifetime, but continues to be one today. She may have only lived once, but her legacy cannot be contained to one generation. She was bold. She was fearless. She was wild. She was Mae West.