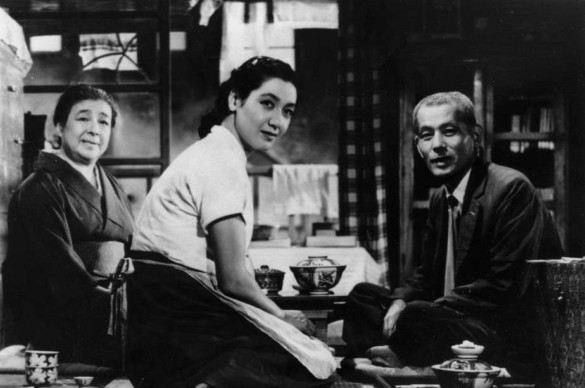 Not long ago, I provided my first rundown of movies I watched and praised for courtesy of Criterion’s streaming channel. By this point, you all know the hoopla and that this is a cinephile’s paradise and yadda, yadda, yadda. And I was far from done with the many works in my queue and still pilling up, now with Ozu’s An Autumn Afternoon, Godard’s Every Man for Himself, and Edward Yang’s Yi Yi waiting. Since then, they have expanded to include the works of Australian New Wave’s Gillian Armstrong (My Brilliant Career), early comic Frenchman Sacha Guitry (The Story Of A Cheat), and a hidden masterpiece, Dry Summer, courtesy of Scorsese’s World Cinema Project. Here’s a look of what else I found on the Criterion Channel.

Rainer Werner Fassbinder was asked to make a miniseries for TV about a working-class family and their struggles to live in unfavorable environments both in the factory and politically during the country’s economic boom. His five-episode showcase was acclaimed but angered the establishment, depicting the scenario in real terms than the fantasy of prosperity that took place. The series was rarely reshown but finally, it was released by Criterion last year. Eight Hours shows the plight of their ensemble, all within the touch of the melodrama that Fassbinder would export in his later legendary works like Ali Fear Eats The Soul and The Marriage Of Maria Braun, as well as his power to create lengthy TV pieces as with Berlin Alexanderplatz.

If you talk about great films by female directors, this has to be in the Top 5. She only made two feature films before her death in a car crash while in pre-production for a third, but Larisa Shepitko’s Golden Bear-winning World War II drama has the mix of Tarkovsky’s Ivan’s Childhood and Inarritu’s The Revenant here. Two soldiers looking for food for their unit are captured by the Nazis and interrogated. The results are consequential to themselves and to others. The blizzard conditions seen were real; Shepitko shot the film in the dead of winter out in the woods. She cast unknown actors in the two main roles. Shepitko gained respect for putting herself in harm’s way to lead the crew by example, which put her in the hospital for a time. But the religious connections nearly got the film banned because of Soviet censorship, but they were convinced to release it as a story of national pride.

Claire Denis already had a strong reputation for her first English-language film, High Life. Ten years earlier, using her background growing up in the old French colonies of Africa, Denis made a haunting portrait of the last white colonials struggling to defend their plantation amidst a civil war breaking out and her steadfast refusal to evacuate – even when her life is in danger. Isabelle Huppert is the stubborn daughter of native white Frenchman who is staying to harvest the coffee beans in a few days despite the obvious danger to her, her son, and the ex-husband who co-runs the farm. Denis cited the revolutions and coups of Burkina Faso and Ivory Coast as an influence, especially since she grew up for a time in colonial Africa. The result is a collective memory of modern, independent Africa who is trying to fully remove the chains of the past and settling scores against rival ethnicities and those who came to the continent to pillage and conquer.

This is the magnum opus of Yasujirō Ozu’s extensive career, a story of an old couple who go to the aforenamed city to meet their grownup children, all who have busy jobs and see their parents are a nuisance while around them. It is a post-war Japan, where the parents are still embedded in tradition while their children are all into the modernity of the country, showing the contrast between the generations. The pace is slow but it doesn’t make it boring at all; Ozu is making us relax and watch the slow movements of everyone as the camera remains in place for the most part between scenes. The result is an examination of Japan’s rapid growth and the decline of the obsolete country that only looked at the Emperor and its conservative values featuring the heartbreak of morality that awaits the couple.

One is a comedy about the merry-go-round of love, the other a successful part-true story about the French Underground fighting the Nazis in 1942. Max Ophūls was a master at these colorful romantic works and directed this charming mix of sex and class that are connected from the first partnership to the last. It didn’t mind teasing the audience on the more salacious details, only to have a sly master-of-ceremonies control the speed of his carousel and what we see in the circle of love. For the great Jean-Pierre Melville, a poet on the criminal underbelly and scenes of betrayal amongst men had his take on the French Resistance and the struggle for a team to get through alive, only to be undercut by the political mood of the time. It was attacked on release because of its admiration for Charles de Gaulle, who was despised by the cinema elite and was held back from American showing until 2006.

And there’s more of where these movies came from and where I will write more of! There will be an Act III because the pile keeps on coming of watching and rewatching these great works courtesy of the Criterion Channel. And, you can find the total rankings of my list at letterboxd.com/bsusbielles/.