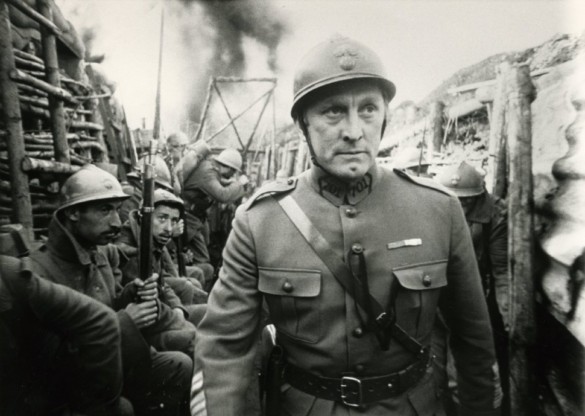 The great Stanley Kubrick would’ve turned 90 years old this year. He was 70 when he died during post-production of Eyes Wide Shut, ending the forty-odd year career of a man who emerged from New York City to throw us into a new dimension with a haunted hotel, the depths of space, the madness of war, and our obsession with sex and violence. He was only a photographer with a magazine at 17 when it turned into a career with motion pictures, starting from the bottom in the early 50s before Kirk Douglas called him in as an emergency director for the 1960 epic, Spartacus. This would be the full introductory in large productions we would know Kubrick for.

But like other major directors, the base of their portfolio are pieces homemade and on-the-go, especially when he didn’t come from film school or was connected to any film studio at the time in his native New York. Kubrick made short films for his magazine that was picked up for theatrical release, and with enough confidence and financial support, he decided to forge ahead with making full-length features. Here’s a rundown of his 50s catalog before he became the international director we have come to know and admire.

His first film was an hour long and only had fifteen people in the entire production, including writer Harry Sackler, a friend of Kubrick who would win the Pulitzer for his play The Great White Hope, and a young Paul Mazursky, who would go on to make Harry And Tonto and An Unmarried Woman. Set during an unspecified war featuring two unnamed countries, four soldiers behind enemy lines struggle with their conscience when they capture a young girl who does not know their language and planning a daring attempt to infiltrate the enemy base and kill the opposing general before escaping back. It is a prelude to the making of Paths of Glory in regards to what war is about and an example of low budget shooting; the money came from Kubrick’s family, namely his wealthy uncle. Years later, Kubrick said did not like the overall film, calling it, “a bumbling amateur film exercise.” It is a really good film exercise and in the public domain today.

A boxer helps a dancer after she is beaten by her employer gangster and decides to help her get out of town. When they try to get the last of their money owed before fleeing, the gangster sends two of his men to rough up the boxer for interfering with his relationship, but end up killing the boxer’s manager instead. The boxer now has to find the dancer while fending off the gangster and his men from hunting him down. It is only sixty-seven minutes long, but Kubrick nails down the basics of noir and minimalizes the expansion of action with incredible  You may find it for free on YouTube, but if you get the Criterion edition of Kubrick’s follow-up, you will also see it in a gorgeous restored high-definition version. Speaking of his follow-up with the same word in it…

Sterling Hayden plays the ringleader of a group of robbers planning a major heist at a racetrack during the main race. Like the template laid before with The Asphalt Jungle and Rififi and after with Ocean’s Eleven and Reservoir Dogs, one person has one thing else in mind and the plan, while executed, soon falls apart in the end through greed and backstabbing. This would be Kubrick’s way of getting into Hollywood through producer James B. Harris, who later directed The Bedford Incident (1965) and Cop (1988). Kubrick’s noir fell into the hands of United Artists who did the rest, but the critics ate up the hard-boiled, pulp, electric, sharp thriller that is considered Kubrick’s first mature film, synchronized and exciting.

Set in World War I amongst the vicious trenches, Kirk Douglas, in the first of two collaborations with Kubrick, plays a colonel who fights with the army’s leaders when his men are accused of cowardice after failing to accomplish a mission that was impossible and unrealistic. Three men of the ground are randomly picked out for trial and execution in what is a kangaroo court, but Douglas argues tooth and nail in a stirring courtroom drama of war as so cruel that is so absurd in what the military can do to shield its own interests and save face. It also played out as much in real life when the French government successfully pressured the Berlin Film Festival to drop it and then ban it from France for twenty years.

The long takes going through every inch of the trench and coming face-to-face with a soldier clearly a victim of “shell shock,” of a large room full of memorabilia that labels everything in the empire, and the whole wide angle of the aim and fire of the soldiers’ execution would be the first of multiple shots of a kind in future movies. The last scene in which Kubrick’s future wife, Christine, sings the sentimental “Faithful Hussar,” capping of the anti-war, anti-militant mood which infuriated those who took part. The “talented shit,” Kirk Douglas once described Kubrick as for making the film is what got Kubrick his last-second gig in Spartacus.

Kubrick is among the greatest ever and in my personal Top 5 all-time greats behind the camera with Scorsese, Hitchcock, Kieslowski, and Truffaut. (Discuss among yourselves of your Top 5 filmmakers worldwide.) I always like to look at the start of a career to pick up the genius of a legend because it constructs the growing craft of a director and how they expand their grip on the art years later. We don’t get his colored epics without creating the characters and the expanded wide shots from this time. Besides shooting in LA and finding the place distasteful, he experienced European locations and found England fitting for his style. Like Scorsese’s Mean Streets, Hitchcock’s The Lodger, and Fellini’s Variety Lights, these early works laid the foundation of our admiration all these decades later.